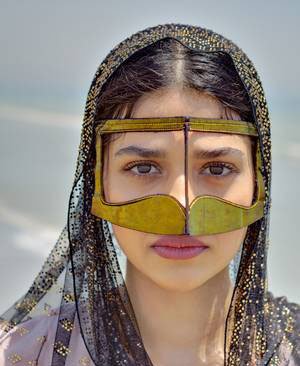 Iran is a country that has many different races and climates and therefore cannot be a single definition for this issue.
-In Iran, all breeds of the world are pure and in many cases are mixed in a native form of yellow and semi-yellow race in the northeast and east of the country to a black-and-south-in-a-west race in many cases with Ø¨ÙˆÙ…ÛŒÙ‡Ø§ÛŒ in the south.
Arabs Sami Nezhad in the southwest Country and other Aryan peoples in Iran who have a great diversity:

From white gilts with Oqabi's noses influenced by the climate, so that the non-mixed Azeri-like Azerbaijani ethnic minorities are Aryan in order to be the Aryan-race and Iranian central plateau that situations the incorporation of Aryan breeds and natives before them and influenced by the various weather of faces and They have created a variety of darkening.

With different skins and various colors from Iran's Plateau center with short face and somewhat concave to convex faces in the northeast areas.
However, many people of Iran, like most people in the Middle East, have thick and oily skin that have been created due to the sun but a mild but dry climate and this issue is difficult to predict these people.
The other point is the face-up in a significant percentage of Iranians, especially in the profile view, which is often accompanied by high-rise jaw in Oqabi's nasal and lower jaw, in fact, the hump of these people is not true and has been caused by the repositioning of maxillary, and with the act of Ortogenasi and a brief manipulation of their nose. This pseudo-hump will be fixed, but if the patient is not present to the jaw, I have never experienced a nose of the European model, and this with the design can clearly be revealed and a smooth nose with the right angle will have a good harmony with these faces.